TRDWTR was developed as a graphic novel by Darkrose Studios, consisting of thirty editions, each book containing four issues. The title, which may be a little odd, doesn't do the series justice, so don't let it deter you. Set in a future where the world is in economic meltdown, crime and terrorism are on the rise as governments start to turn on each other as they struggle to maintain control. The privately funded secret organization of TRDWTR (Technological Research and Development Working Towards a Resolution) is formed by Allen Downs, former CEO behind Unicore, as a front to his program he refers to as the Candlelight Program. The TRDWTR team is operated by the billionaire, who uses his fortune to equip the special operatives with the best tech and weaponry. These "Spect Techs" work to increase their natural abilities and make them appear to be superhuman at times. The team works to stop the anarchy and chaos and protect the people from the underground crime syndicate known as the Children of Chaos. 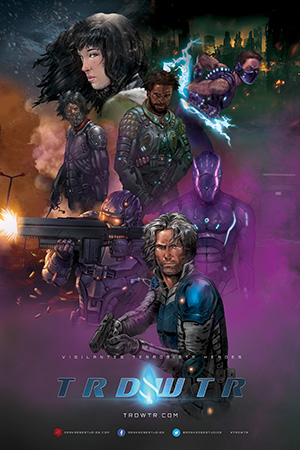 In the first graphic novel, to protect its borders, Germany becomes aggressive with its military measures, led by General Kirklau, who steals nuclear weapons from France in an attempt to strengthen Germany's power and create fear. Afraid to start a war, governments and other organizations are scared to intervene and it's up to the operatives to find a solution.

Each operative has their own interesting past and reason for being part of the team. The writers have fleshed out an interesting backstory for each member to make them more fully realized.

Part one of the series, which was created by Morgan Rosenblum, is penned by him and Don Macnab-Stark and illustrated by Ray Dillon. The story is engaging and draws you right in. I'm not a huge comic reader, but I moved through the edition very fast. Each character's history and motivations I'm interested to learn more about. The look of the comic is also very appealing and done in a more realistic style.

What makes TRDWTR unique is that it isn't just a graphic novel. The series engages readers as both an animated motion comic and soon to be live action series (it has been written into both a 10 episode series as well as a feature film). There is also an interactive web site for more to explore. The studio is also in the early stages of developing a spinoff origin story.

I greatly enjoyed reading the graphic novel, which is a more realistic approach to the superhero genre, and less stylized than some, which I think helps bring you in to the story. I also enjoyed all the literature and seeing the characters already cast for the next step of the project. The information about the future plans and what is to come makes me think this series has quite a lot of potential. I'm looking forward to reading more.

For more about the series, be sure to read the full press release below and visit the official site. You can also buy the graphic novel.

New York. The indie publisher Darkrose Studios is has just launched TRDWTR Part 1. This occasion marks more than just the release of another comic book title; it marks the entry of a major new player into the comic publishing industry. 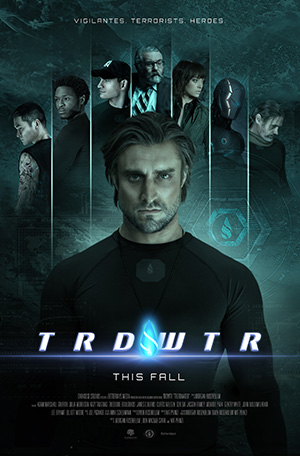 Over the past two years, Darkrose Studios have been stealthily but surely building up their fanbase on social media. With over 150,000 fans on Twitter and Facebook, they have joined the ranks of Marvel, DC, Dark Horse Comics and Image comics as the 5th most-followed comic book publisher in the world.

TRDWTR, pronounced ‘treadwater’, is Darkrose Studios’ first title. It is a 30-part graphic novel series, set in a plausible geopolitical future. It follows a team of hi-tech special operatives, who have become the only force standing between hope and anarchy.

The novel has been written and created by Morgan Rosenblum, founder of Darkrose Studios, and illustrated by Ray Dillon, best known for his work on Borderlands 2 and Game of Thrones. TRDWTR Part One has been released on September 30th on Amazon.com and in brick-and- mortar stores nationwide a month thereafter.

In addition to print publications, Darkrose Studios are also working on a live-action series based on the graphic novel. The teaser trailer of the live-action series, as well as other production materials, are already available via the website trdwtr.com. With the series in production since April 2014, Mr. Rosenblum aims to release the entire first season in mid- 2015.

[quote]We can no longer sit back and watch while the world tears itself apart and the major world powers do nothing. This is a time for decisive action, not a time to tread water.[/quote]
Along with the graphic novel and the live action series, the TRDWTR website also plays an important role in immersing TRDWTR fans into the story. It challenges them to become TRDWTR operatives and complete various real-world missions. Much in the style of the Command & Conquer game series, the missions are accompanied by live-action video clips of TRDWTR characters interacting with the players to debrief, congratulate and antagonize them. As a reward for completing these missions the players can unlock large portions of the graphic novel, as well as an animated motion comic voiced by the actors of the series.

According to Morgan Rosenblum, the immersive storytelling experience that Darkrose Studios create for their fans set their titles apart from the other book launches. “We are trans-media storytellers,” he says. “We take an idea, and from that idea we tell a story. As the story grows into a series, we build it out in all directions and across all media. […] Our hope is to inspire and captivate you”.

Mr. Rosenblum will be chairing a panel on the topics of trans-media storytelling and self-publishing at New York Comic Con on October 9th 2014. 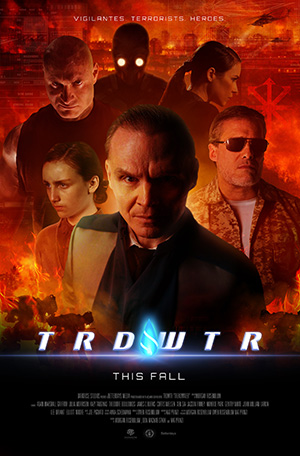 Darkrose Studios: Launched in 2012, DRS are a rising star of the comic book world. Quietly but surely DRS have built up a social media base consisting of over 150 thousand followers.

TRDWTR: Pronounced 'treadwater', is a 30-part graphic novel series. Each part contains 4 single-issue comics. Issue 1 was released on September 10th, 2014, exclusively a Midtown comics. Part 1 (containing Issues 1-4, as well as 17 pages of additional content) will be released via Amazon on September 30th, 2014. Part 2 comes out in 2015.

Midtown Comics: A comic book retailer, with three stores located in Manhattan, New York. Their flagship store is located in Times Square and it is the largest comic book store in the United States.

trdwtr.com: The official site of the franchise allows those unfamiliar with TRDWTR to unlock large portions of the graphic novel free of charge. It also provides troves of bonus content, which allow fans to engage deeper with the TRDWTR universe.

Live-Action Series: A live action series based on the graphic novel has entered pre-production as of April 2014. Portions of it will become available via trdwtr.com. A teaser trailer can be seen here: https://www.youtube.com/watch?v=bEQS9nMjgDQ
Twitter
BotonSocial por: SocialEmpresa
Category: Comic Book Reviews