Today, Emergency comes to theaters. The film, written by K.D. Dávila and directed by Carey Williams, tells the funny but also emotional story of a group of college students, who during a night of partying, find an unconscious girl in their living room and must decide whether or not calling someone could make the situation worse for them.

The idea for the film, actually came from real life events, according to the writer. “The story is loosely inspired by stuff that has happened, actually, to several friends of mine,” Dávila told SciFi Vision during a recent interview, “having kind of a Goldilocks and the Three Bears moment of finding an unconscious white woman in your house who was intoxicated and having to figure out, ‘what do I do?’ I think that this is a situation where we wanted to make a movie that was about that phenomenon where people of color in America have a burden of having to think about how you're being perceived at all times. 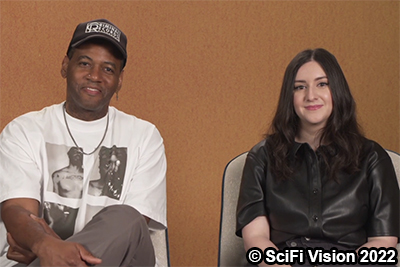 “…The unfortunate reality is there's something kind of absurd about the tragedy of trying to be a good person and trying to do the right thing, but the enemy is societal bias, and racism is just working against you. It came from a lot of different places, and we wanted to make a movie about that.”

The film was actually originally a short that they changed into a full-length feature. The director realized at the start that the friendships between the young men were integral to the story. “At first I didn't quite know the way in,” Carey Williams told the site, “because it was a humorous take on something that's very serious, but once I figured [out] to focus on their friendship, that was the way in, and how they reacted of how to handle the situation was where the comedy was going to come from. That really unlocked the whole thing for me and [helped] to keep it grounded in real stakes for them…For me, this is a love story between these two guys who are being pulled apart in this night by this thing that's been thrust upon them, when they really just wanted to have this beautiful fun night, or spring break, but life said no. So, that was my North Star.”

For more, be sure to watch the full interview, and check out the film. Emergency can currently be seen in theaters and also comes to Prime Video, May 27th.