Season one of The Wilds followed a group of teen girls who crashed on a deserted island and had to band together to survive what turned out to be not an accident, but rather part of a twisted experiment. Season two, which comes to Prime Video on May 6th, brings the addition of a group of males, the control group, who find themselves in a similar situation.

The boys group, like the girls, must learn to get along and work together if they want to survival their new harsh reality. “I think that friendship is super important,” Zack Calderon, who plays the character of Rafael Garcia, told SciFi Vision during a recent roundtable. “I think that with any friendship, when put in high stress situations, it definitely tests that friendship; it tests the interpersonal relationship of the people involved in the friendship. And I think, with this show, this is the highest of stakes…and there're countless possibilities when it comes to high stakes.” 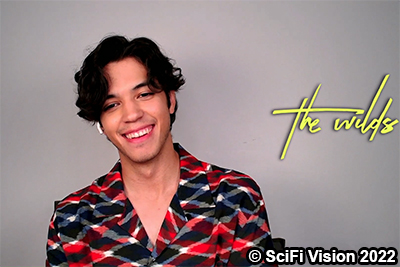 Aidan Laprete, who plays Henry Tanaka, agreed. “There're a lot of friendships that are kind of forced,” the actor added. “They kind of have to be made while on the island. This situation, it's such a drastic environment to be placed in. I think you do see evolution of friendships and the ups and downs of a lot of them…I think friendship is very important while watching the show.”

As much as friendship plays a role in who the trust on the island, so does their skill level. “I think, especially with Aiden's character, for example,” Calderon told the site, “his character has so much scouting knowledge, which I think informs a lot of it. I think that also there's a skill within crowd gathering and camaraderie and leadership that I think other characters in this show really amplify as well. I think that it really is each character provides a necessary attribute for this ecosystem to work simultaneously. Sometimes for the better and sometimes for the worst, but I think that every every skill that each character brings by happenstance comes into comes into play at least at some point.” 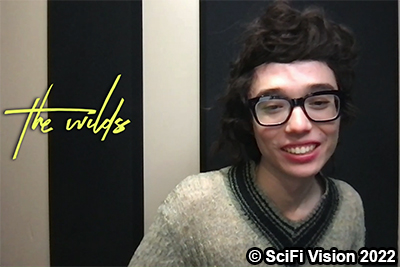 Laprete agreed. “I think every character is so different, and has their own skills and abilities that they bring to the island,” added the actor. “ I feel like every single character kind of is helpful in a way and brings [their] own energy that creates resolution and also conflict as well. I just think…everyone's personalities clash, but in a cool way. I feel like it helps keep things moving.”

For more from the two including learning about the surprises in their arcs, how they would survive on a deserted island, and more, watch our interview below and tune in to The Wilds on Prime Video starting May 6th.