May 6th the highly anticipated second season of The Wilds comes to Prime Video. We recently chatted with series stars Erana James, who stars as Toni, and Mia Healey, who stars as Shelby, as part of a roundtable interview. Last season, Shelby finally admitted she was a lesbian and she and Toni became lovers. As such, the characters have become beloved by the LGBTQ+ community. We asked if this caused added pressure to getting that representation right. “I'm not sure if it's pressure,” said Healey. “It feels like something that I felt very privileged and honored to do…We just really respect that community and admire that community. I want to do these characters justice so that we can tell these stories that are meant to reach these people in an authentic way.” 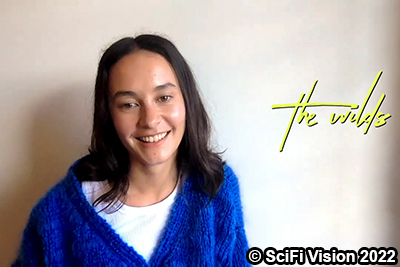 The actress also told the site that her life has completely changed because of the show. “[E]specially when it comes to talking to a wide scale group of people about the queer experience, that was something I would never be able to do before this show,” said Healey. “To hear about other people's stories, and listening to people explain why they related to these characters, for me, I wish I could have been a part of a conversation like that years ago before the show came out, when I was younger.”

James mirrored her sentiments. “I'm just so honored that it has reached people,” said the actress. “…And then to continue to be able to tell these stories as Mia said, is just such a privilege.”

“…Having the first season having come out and seeing the response and the way that it's sort of spoken to people has just meant the world…It's been it's been amazing to see all of the work and the energy and the care that we've put into it that people have responded to, and that's very cool.”

Although the girls went through a lot of hardships on the island, it also brought some positives to the characters, especially to Shelby. “Shelby, for sure has taken away so many life lessons,” Healey told SciFi Vision. “I think Shelby’s learned more on this island than she has anywhere ever before her life. So, I think if she would get off the island and [be] back home tomorrow, I think she would be changed completely for the better. She's so close to being completely herself and being completely unguarded. That's something that she's had to learn a really hard way, but the reward of that is just so beautiful.” 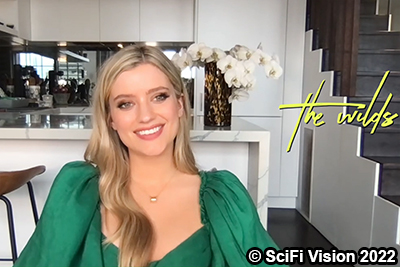 The actress also said that she would love Shelby to meet Ivan (Miles Gutierrez-Riley), because she would love to see Shelby “continue to have friendships with queer people” and see that it’s nothing to feel ashamed of.

James, on the other hand, told the site that she thinks Toni could possibly learn a lot about herself through meeting Kirin (Charles Alexander).

The two also teased a bit about where their characters’ relationship is this season. According to Healey, Shelby is the happiest we’ve seen her. “It's very beautiful and joyful, seeing her kind of fall into Toni and give herself to her, in a way,” said the actress.

“Similarly, Toni’s so calm, and she's found a lot of peace in her relationship with Shelby, and that's really beautiful,” said James. “And it's been really interesting sort of building the arcs as our characters together in their relationship…It's a gorgeous journey to [take] together.”

To hear more, including how they would try to predict what was next in the show, if they could survive on a deserted island and what character they would bring with them, and more, watch our portion of the interview below and be sure to watch The Wilds starting May 6th on Prime Video.