Douglas Booth stars as Red Bill in the new eight-part drama series on AMC+, That Dirty Black Bag. The series, which plays homage to the classic spaghetti westerns, tells the story of the clash between the sheriff, Arthur McCoy (Dominic Cooper) and Bill, a bounty hunter known for decapitating his targets and keeping their heads in his bag, because heads weigh less than their bodies.

According to Booth, who really changed his looks for the series, the costume, which was a collaboration, really helped him get into character. “When I put his outfit on, I felt a change came over me,” said Booth in a recent exclusive with SciFi Vision. “I'm quite different in the series from how I am in real life, so something happens there, I’d say.” 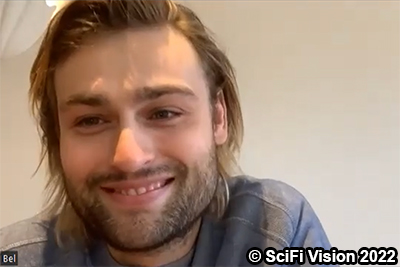 The actor added that a lot went into the makeup as well, making Bill “feel like he's lived out under the sun and lived that harsh existence.”

It wasn’t just the costumes that felt authentic to the genre, but also the locations, as the series was shot where many of the old spaghetti westerns were filmed, in Italy and Spain, as well as Morocco. It wasn’t always easy, however, with the pandemic. “We had to fight for Morocco,” said Booth. “Because of the pandemic, it was really hard to get into Morocco, but we wanted that kind of sun-ravaged desert aspect to the show. So, we really fought for it, and I think it adds a whole whole new element to it.”

The actor, however, didn’t look to westerns to prepare for the role. “For me, it was kind of just going back to character and just working on this character and going back and figuring out where this character had come from,” explained Booth, “how this young kid had lost his mother at a really young age…and how he'd become this man, we meet in the story. So, most of my kind of character preparation didn't really change based on the genre.” 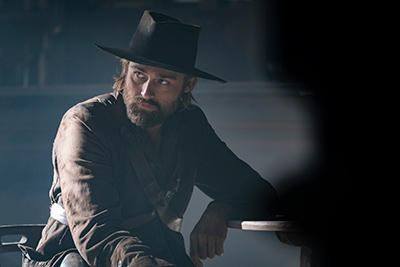 When it comes to Red Bill, it was really his backstory that Booth connected with “With ease I connected to… a boy who loves his mother deeply. I've always had a very close relationship with my mother, so that was kind of an easy starting point,” said the actor.

Booth added that being still and moving slowly as Bill and his physicality he found more difficult.

For more from Booth about working on the series, including working with Cooper, how he learned to throw a tomahawk, the difficulties of filming while hanging upside down, and much more, watch the full interview below and watch all-new episodes of That Dirty Black Bag Thursdays on AMC+