Friday marked the return of CW’s Charmed with Season four. This season is anticipated to have some twists since the Power of Three has been shattered with the season three death of Macy. The first episode reveals the newest addition to the cast as well as the name of the “big bad” that infiltrates this season.

Christiane Elin represented SciFi Vision in a virtual press round table with Melonie Diaz (Mel Vera) and Sarah Jeffery (Maggie Vera). The interview was tailored to be spoiler-free. SciFi Vision was interested in finding out about the changing dynamics with the new addition to the cast and if this is reflected in relationships with characters Harry and Jordan. 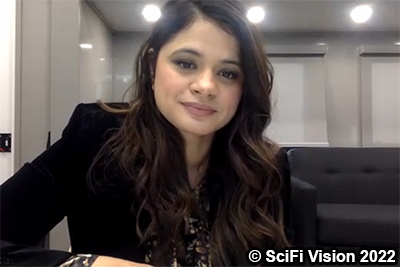 Sarah Jeffrey shares, “...We definitely see a different side of Maggie and Jordan’s relationship, which is a bit of a teaser, but we do see it in the pilot. That has its own peaks and valleys, stumbling through a romantic relationship, trying to maintain a friendship.”

Melonie Diaz gives her take on season four’s relationships, “I think, Mel and Ruby have a really good turn of events. I think she learned a lot about how she behaved and worked as a partner, the good stuff and the bad stuff. And I think that's really helps Mel reevaluate who she is, as a person in a relationship, which I think is really cool, because sometimes I think, you can think that you're never wrong, until you have like a person that's like, “You weren't this or that way.” I think it's really cool to see Mel be kind of reflective of that.” 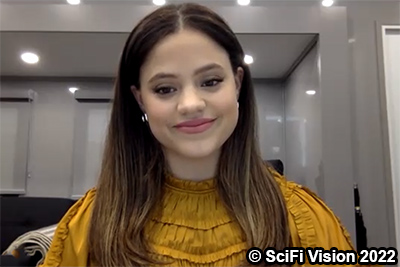 Diaz gives her feeling on this season’s overarching “big bad,” “It’s challenging in the sense that he has a lot of tricks. It's very puzzling. I think that they’re trying to figure out what he's really meaning and what he's really going to do, and it's really hard to track [him], because no one knows where he lives or how to get a hold of him. It's very confusing for them in that way. Usually I think [for] the “big bad” they kind of knew a little bit more.”

Jeffrey chimes in with her take. “No one knows his real identity. It's almost creepy, because he's got a civilian quality, like he could be anyone kind of thing. So, I think it's like a little off putting and uncomfortable because of that. Also, just that he is…a master manipulator and puzzling in a literal and figurative sense.”

Will you be following along to discover if the “big bad” is worse than prior seasons? Do you think the newest addition to the cast will make the Charmed Ones strong enough to defeat what comes at them?

Season four of Charmed airs on the CW, Fridays at 8 p.m. ET/PT.