Published: Sunday, 06 March 2022 14:49 | Written by Jamie Ruby
***Note that this interview does contain slight spoilers, but they have already been revealed in promo videos. If you want to stay 100% spoiler-free please wait to read it until after the premiere airs!***

Tonight NBC premieres the second season of its medical drama Transplant. The season marks many changes for all of the characters at York Hospital. At the end of last season, Dr. Jed Bishop (John Hannah) suffered a stroke, and being out of commission really changes things at the hospital without the trauma team’s leader on duty. Him being gone is a scary thing for Dr. Bashir Hamed, according to the actor who plays him, Hamza Haq. “[T]his man who’s been a pillar in his stability in the hospital…he's also his lifesaver,” said Haq during a recent exclusive video interview with Jamie Ruby of SciFi Vision. “He's the one who protects him from all of the the politics and the bureaucracy of the reality of his life, which is that he doesn't have access to his medical transcripts, and if Bishop is no longer there to protect him and to help him through that and navigate the requirements that the Canadian medical system has, it's curtains for Bashir as well. There's this dependence on Bishop. He hired all of us…and everybody is affected by the potential of him not making it through this medical episode.” 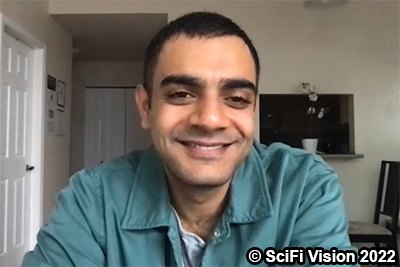 With Bishop unable to perform his duties, Dr. Mark Novak (Gord Rand) steps in. Although his approach to medicine is quite different to Bishop’s, Bashir feels a “kinship” to Novak, according Haq, as he served as a trauma surgeon in other parts of the world like Bash. “He's aware of the realities that Bash dealt with, as this frontline doctor or trauma surgeon, and in a war torn country,” said Haq, but added that Bash still has an “unwaivering loyalty” towards Bishop. “Regardless of whether the fact that Novak is his new boss, regardless of whatever similarities they have with each other, Bashir is ride or die with Bishop, and we see how that affects not only Bash’s relationship with Dr. Bishop, but, obviously, with Novak as well,” said the actor.

Bishop, who has a history with Novak, won’t give up his position without a fight. Hannah, who was also part of the video interview, talked to the site about the importance of the job to Bishop. “His job has been, and still is number one thing in his life, that's what he's sacrificed his marriage and his relationship with his son for and it was the thing that predicated the choices that her made in season one, and those choices have to be faced in season two,” said Hannah. 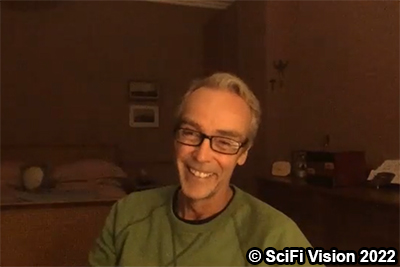 Besides having a second chance at life, Bishop also may have another chance with Claire Malone (Torri Higginson) who has been in his corner, according to Hannah. “It's a second chance to look at the choices that he's made and possibly revisit some of those, which we pretty quickly find out that that's where they want to go, that's the road down which they both want to travel. However, without giving anything away, the road to true love does not always run smooth. So, there are some bumps and twists on the way that we will that you will see later on as the as the show develops.”

Bishop isn’t the only one this season who may have a chance at love, as Bash’s fiancé, Raniya Kouri (Nora Guerch), whom he thought dead, makes a surprise return, but can they get back what they once had? “There’s this tug of war going on about the life that Bashir’s creating for himself and the one he's moving towards and where he thinks he's going, and all of a sudden, he's got a look back towards something that he thought he had lost,” said Haq.

For more on what’s to come for the characters this season, the difficulties in pretending to perform medical procedures, and more, watch the full video interview below and be sure to watch the season two premiere of Transplant, tonight on NBC.