Exclusive: Billy Howle Talks The Beast Must Die Season Finale and Its Return for Season 2

Tonight AMC aired the season one finale of the series The Beast Must Die. The six-part series, based on the novel by Cecil Day-Lewis, takes place after a young boy (William Llande) is killed in a hit-and-run. When the police investigation is dropped, the distraught mother, Frances (Cush Jumbo), decides to take matters into her own hands, and pretending to be a novelist researching her book, goes after the man she thinks is responsible (Jared Harris). However, when Detective Nigel Strangeways, played by Billy Howle, realizes that his department may be involved in covering up what really happened, he takes on the case.

Earlier in the season, Howle talked to Jamie Ruby in an exclusive interview about working on the series, including his favorite scene, his character's reaction to what happens in the finale, what's to come for his character in season two, and more.

The following interview contains spoilers for the season finale, so please watch before reading, and also be sure to check out part one of the interview. 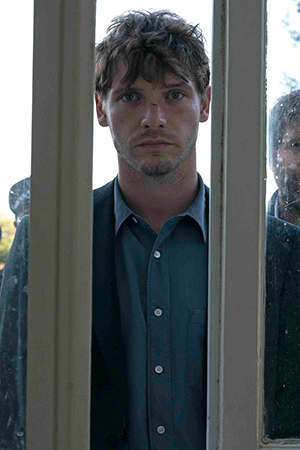 Do you have a favorite scene from this season?

Yeah, I think there's a scene near to the end where Cush’s character, Frances, comes out of the hospital and Strangeways tells her what's been going on in the case. They sit on a bench overlooking the sea, and it's just a very calm, quiet conversation, but, really, the meaning of the conversation, the subtext, it goes quite deep, I think. I think that was probably my favorite scene to shoot.

Is there anything that you learned about yourself while filming this, either as an actor or as a person?

Yeah. I think probably, like, I still struggle with patience, sometimes. I can be quite impatient with myself. I have very high standards and expectations of myself, and if I don't live up to them, I can be quite damning. So, I'm sort of still in the process of learning how to not do that, but without sort of without it being to the detriment of my performance, or even the process and other people's enjoyment of the process. It's quite easy to become quite selfish, I think, in this line of work, and it all becomes about you and your character and everything your character is doing, and, actually, I'm not really interested in that. I want to kind of widen the scope a bit and make it about other people.

Just, in your opinion, do you think that Strangeways kind of knew what she was up to when he first went on the boat to talk to Frances, or do you think he started to kind of unravel it in his head as they were there talking?

Yeah, I mean, you know, there's probably like a kernel of something. It's like, you have a moment of inspiration, but you're not quite able to put your finger on exactly what it is. So, I think instinctively he’s sort of gone, “Oh, there’s something here,” but until he's able to corroborate that thought with any actual sort of empirical evidence, he can't actually say it. Otherwise, it becomes conjecture or whatever. So, yeah, I think he probably did. You know, it's like, there’s a very sort of creative element to what a detective does. So, yeah, it is about sort of brainstorming, mind mapping, you know, “What is possible?” And it's all about probability, initially.

I think getting away with it is, I mean, it becomes much more of a sort of philosophical moral question, “what it is to get away with it.” You know, if you're talking about revenge, is there any real gratification at the end of that process? Do you feel lighter? Do you feeling any better as a human being having avenged your son's death? Then, there's the sort of, you know, “How do you continue with your life?” So, really, the ending is irresolute in the sense that there is no answer to the question, “How do you continue with your life?” because he's still living that and has to find a way to make sense of his own purpose in his own existence. 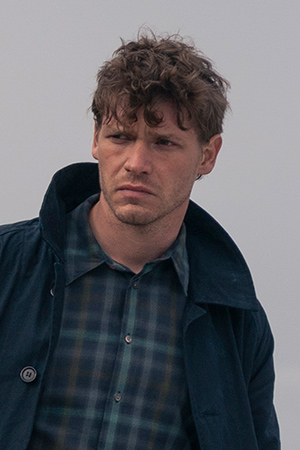 So, there is going to be a series two from what I have been reading?

My understanding is that will be, yeah.

Do you know what it's going to be about? I mean, I know it's gonna be about your character, but that’s all I know.

I mean, we get to know Strangeways a lot better in the next season, and it's a whole new set of circumstances, a whole different story. The continuity comes from him, and he ties it over. So, anything that's happened to him previously, it will have changed him. So, we see, not a whole new Strangeways, but we see a Strangeways that has been adapted by the things he's just experienced.

Is there something in particular that you would like to see happen to your character, if it were up to you?

Yeah, I mean, we sort of saw it fleetingly, but [he] was more like a desperate animal in a cage in the interrogation room, and he sort of lashes out. I think underneath everything that's going on is this sort of like quite intense anger, this quite intense rage or fury that he doesn't really know what to do with, and it's for a very specific reason in his past, so I want to see more of that come to fruition. And I want to. see him sort of make peace with it somehow. I don't know how that happens. And maybe not feel so lonely, but I guess time will tell.

The only other thing I was going to ask, which a lot of times this is a hard question, but can you describe your character in three words?