Last Month, Netflix invited SciFi Vision to the Locke and Key Press Day at their Los Angeles Headquarters. Locke and Key Executive Producers and Showrunners, Carlton Cuse and Meredith Averill, Writer, Joe Hill, and Artist, Gabriel Rodriguez were in attendance. Locke and Key is available to stream now on Netflix.

In this last piece of the presentation, they discuss such topics as collaborating in the writers room, feedback from fans, and more about how they had time to do things in the television series that they couldn't in the comic. They also talk about their feelings about what could possibly be to come beyond season one.

Below are the last set of videos from the press presentation, as well as the transcript from one question that we did not have on video. The rest of the previously published videos are still available and linked at the bottom of the page. 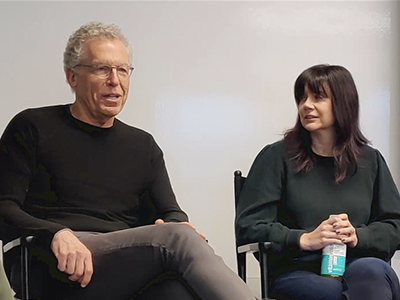 *  On Hill being in the writers room and on collaborating


QUESTION: I know season two hasn't been officially green-lit, but have you mapped out how many seasons you'd like to do? Like most TV shows, they might have like five seasons, hopefully five. Have you done that for this show?

MEREDITH AVERILL: Not specifically, no. I mean, right now, we just love living in this world, and we have stories for a few seasons to come percolating in our brain. But I think it would probably not be prudent for us to say, “four seasons and that's it,” because if you want to give us five, we would only be so happy to be in this world for that long. But, you know, we're very lucky that Gabriel and Joe have written this amazing, rich mythology in which there's so much story to pull from and also so much story to come.

JOE HILL: You stick around as long as you've got good stories to tell. When you run out, it's time to get off stage.

CARLTON CUSE: Yeah, exactly. That and we're not at the point where we know that. I mean, we're just going along, but right now it's very fulfilling. 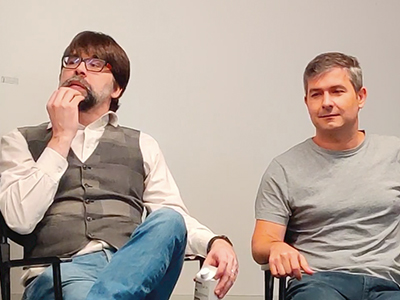 * On translating the flashbacks from page to screen

**Please help support the site by following us on YouTube**
**Be sure to check out part one, part two, and part three of the presentation and stay tuned for more as well as coverage of the premiere.**
Twitter
BotonSocial por: SocialEmpresa
Category: Special Events